The more things change, the more they stay the same!

After reading Susan Phillips' "Select Leaders" posting about Millennials staying at home with parents to live, I got to thinking about the very subject she mentions here.

Since I have been self-employed for so long, it would take a miracle for me to go back to work for anyone else.

But, as she states, I work in an industry that is (supposedly) growing.  In the past year, I've gone from working large CRE deals to very, very small. (You take what you get, I suppose.)

The fortunate part for me is that I have a very low overhead and with my business so slow, I am still able to maintain myself with a huge help from my spouse. (Her industry is booming in Las Vegas.)

Anyway, with extended family having moved in to our household, this scenario covers the majority of Americans who have lost employment over the years and were replaced by automation.

It is an interesting read -- if only to me and my family situation. 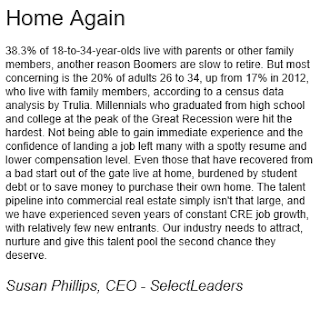 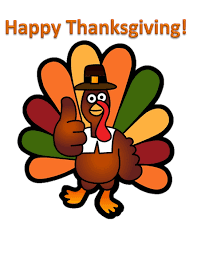 Living and working in Las Vegas gives me a front row seat to some of the more exciting elements of Las Vegas.

So, when I read articles about Tourists flocking to our city, I understand the why Las Vegas Strip land prices are so, so high.

From all over the world, people know and want to travel to Las Vegas.  I understand the "freedom" that Las Vegas gives people.  Even if that Freedom is only a mental state of mind.

Rags to Riches; down to your last dollar and then hitting the Jackpot!  I get it.  The allure is too great to NOT to want to be apart of.

So, it comes as no surprise to me to read the Las Vegas Review Journal article about Las Vegas about to break it's own Visitation record set in 2016.

You may NOT be a regular tourist to Las Vegas, but there are still some deals that are available for sale.

Recently, a local developer placed a brand spanking new multi-tenant retail building up for sale he just completed.  He's asking a 6% Cap Rate.  The center is located on the busiest street (IMAO) in the southwest part of the Las Vegas Valley.

Since DonTheCon was Electoral College elected president, he has embarked on getting rid of "Unnecessary Government Regulations." I agree in a small part that the government does have some rules,/laws on their books that should be removed/changed.

But, when he appoints an EPA head who is a stanch supporter of the Oil Industry -- and this EPA Chief believes that the Oil Industry should be able to do what ever they want regardless of Cause and/or Effect on others health and well-being -- that's where I begin to have a problem.

I believe the Oil Industry thinks that they do NOT have to clean up after themselves.  To them, cleaning up is too costly.  Besides, oil comes from the ground.  Why can't they just dump oil waste back onto the ground -- where it came from?

Everyone knows that the primary cause of air pollution is the gasoline engine.  Attempts to make electric engines doesn't give the driver the sense of power and surge of adrenaline that a gas engine does.

(Even I have a gas powered car.)

But when any industry is allowed to run rampant and destroy the air, water and earth we live on, I believe there is only so much the earth can take.  Humans are changing the planet and NOT for the better.

Even Stephen Hawkins says that we will destroy Earth because of the above aforementioned demand for Profit.  He even gave a year by which we will be successful in destroying the only planet we are capable of living on in the known universe -- 2600.

But, hey, that Profit is so, so important.  We need to keep the oil industry going.  Because without the oil industry, we just might be able to slow down or even stop climate change; have cleaner air and water; and, definitely have less pollution in general.

But, since profit is so important, we need to keep destroying human lives because - well, there are already too many humans occupying Earth. So, humans will continue to destroy Earth so when there is no Earth left, at least there will still be profit!

Can Earth right itself without humans changing their course?  I don't know.

But as these pictures from New Delhi, India indicate, I don't think so. 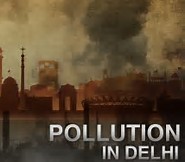 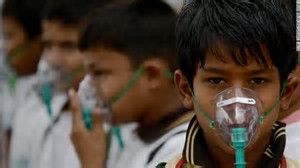 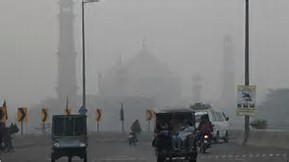 Owner Chews Me Out For Contacting His Lender!

First of all, I know the Owner quite well!

Second, there was a Notice of Default (NOD) filed on his property.

Third, I am dealing with a buyer that has expressed interest in acquiring this property and when I told them about the NOD, they said I should get the loan information.

With that said:  What I did wasn't wrong.

Been there; done that!

Through my years as a Real Estate Broker, I have also worked in the lender industry for prominent banks, mortgage companies, and brokers originating loans, etc.

I have acquire quite a bit of knowledge as to HOW? real estate financing works.

Do I know everything? No!
Do I continue to learn as the real estate industry evolves? Yes!

So it should NOT come as a surprise to anyone -- I told the owner -- that a buyer with cash wants to acquire property at or below market value.

That's how it works.  He reluctantly agreed. (He does the same thing.)

Since the property had an NOD, the buyer I am currently working with said: 'See if the lender will sell the loan?"'

So, I contacted the lender and was told: 'No! The loan is NOT for sale.'

I get it.  And, so do all of you fellow real estate owners.  You don't want to lose your initial or equity investment in any real estate property.  Neither do I.

Everyone knows that foreclosure is a bad thing -- especially when you lose your entire investment into the property.

I tell the buyer we need to make an offer before the NOD runs it's course. That was yesterday.

Hopefully, the buyer is able to convince his investors this is a steal at the asking price and should move forward quickly.

More as it happens.