Be Aware of Who is in your Audience!

Years ago, I learned, via a more experienced broker than I was at the time, ALL DEVELOPERS lie!

Now, a developer can come along and adamantly state: They never lie! Okay!  I believe they believe that's true.

But, in my 28.5 years of real estate experience, developers lie -- all the time.

Once, while at a event, a developer was giving his presentation on how to buy land to develop it.
Unfortunately, for him, he didn't realize several audience members were wealthy land owners.

I was sitting next to one and I did my best to keep my lips sealed and listen to the presenter's lies.  The land owner was doing likewise.

Anyway, this developer talked about how he's able to acquire land cheaply in order to have a greater profit post sale, development and leasing up of the development.

I had the feeling he thought all attendees there were want to be developers.  It never occurred to him that maybe a handful were actually Owners(?).

Anyway, after the developer's spiel was complete, and as we were exiting, the land owner I sat near, quietly said, "I would never, ever sell my land to that guy.  What a moron!  That guy doesn't realize that half the audience knows more than he does."

Now, the developer is/was a well known builder in the Las Vegas Valley at the time; the Land Owner still has more an 100 acres to his name.  And, Yes, he's developed much of his own property.  He buys, builds and leases out what he can get accomplished in the area where his land is located. Needless to say, he makes a great living.

Moral of the Story: Know your audience!

Yesterday, while showing one of the Motels I have for sale here in Las Vegas, I was talking to the Buyer/Investor about the Pandemic.

Our discussion centered around rental properties and how they make you money over time.

The Investor said he had given up on stocks via the Stock Market because they always lost money.
(I told him about my theory that the Stock Market is nothing more than legalize gambling.  He thought about it for a second and agreed.)

Anyway, he sticks to just real estate now, because he said even though he doesn't make as much money as he thought when sells a real estate property; he said if he holds them for a while, and rents them out, when he does sell, he's never lost money.

He said the trick is to buy with as little of a loan as possible.  Cash is better, of course!

Thus, I remarked that, that is what I have found.  I own rental property and over time the value, rents and aggravation all grow, but in the end, I have always sold for more than I paid for them.

And, if you buy correctly, that limits your downside when selling.

That made me think of when I first entered real estate under Mike Sitren, way back in 1991.
We sold HUD OWNED Homes, originated the loans to financed the buyers purchase and made money both ways!

Now, almost 30 years on, I am just selling CRE and working the rental properties as needed.
It always reminds me of Mike saying when things go rough during a real estate transaction: "It's Real Estate!"

And with this pandemic running rampantly through our lives, if you don't settle down and ride it out, the only real estate in your future, will be a grave plot.

My apologies for end on such a sour note, but if you have an interest in Las Vegas CRE...

"You Need To Pay My Broker!"

All of the Developers I have worked with throughout my near 30 year Real Estate Career have always been the same: Greedy!

Recently, I have been going back and forth with a S Cal Developer, who used to be licensed as a real estate agent in California, who is now searching for Las Vegas houses (to buy and flip).

Fortunately, I have a seller client who will sell his rental houses in a portfolio all cash.

After going back and forth with the Developer, and settling on the price and terms, the developer then throws in that I have to split the procuring commission with his "broker!"

Apparently, this Developer wants half the procuring commission and he found a local agent -- who I know - who is wiling to pay this unlicensed person half of the procuring fee just to have some business!

First, it never occurred to me that the "agent" actually would be willing to do this.  (He must be hard up for money.)
Second, why would an agent/broker even want to be inserted into any ongoing negotiation post the listing agent procuring the Buyer. (This doesn't make any sense.)
Lastly, this Developer never mentioned "his broker" until the terms of the deal were set and I was drafting the contract.

Now, the Seller does NOT need to sell! (It would be a different scenario if that was the case.) And, the original sales terms have been altered from the Seller's original terms and I have a feeling (knowing the Seller for as long as I have) he is most likely NOT going to accept.

(My wife suggested I report this to the NV RED because I know that the Developer wants and probably will get half of the procuring fee IF I go along with his sleazy deed.

If you are searching for an honest CRE Broker... 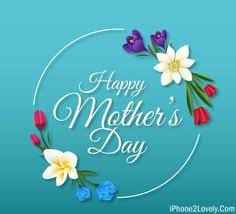 Late last night, I received a call from a residential agent asking about one of my motel listings.

She and her husband are a Residential Real Estate Team here in Las Vegas.

Not surprised that a residential agent would call.  That happens a lot because residential agents think that selling a Commercial Real Estate (CRE) property will add to their mystic.  (It doesn't.)

Anyway, this morning, The "wife" emails me that they have a cash buyer interested in acquiring a small motel.  I have one listed.

I call the Owner's Property Manager (PM) and set up a tour.

As I was working on other "things," I suddenly get a text from the PM saying that a Buyer and agent are at the property asking questions.  (Now, PM and myself are the only ones authorized by the Owner to answer For Sale questions.)

Fortunately, the PM was at the motel in question and did answer property questions during the tour.
Then, they suddenly left.

In the meantime, I am calling the "wife" and asked what was going on?
She said their tour was ahead of schedule and thought just going to the property to walk around was okay. (It's NOT!)

I told her that, that was unacceptable and unprofessional behavior.  If she had been in real estate any length of time, she would know this.

FYI: If you make a schedule to tour a real estate property, and you are early, you call the listing agent to let them know you are early.  They didn't call.  I had to call them after the PM found them wandering the property and asked what they were doing?

So, if you have agents that are that lacking in management skills, you may NOT want to work with them.

The PM did say the Buyer acted as if he was offended by the condition of the property.  He's a bottom feeder and I am truly sick of them.

The property is Value Add and does need work and is priced for that reason.

More as the Corona virus, COVID-19, rampages through the US.