If you are intrigued by owning a Nevada Motel Casino, send me an email and we'll begin discussing the aspects of Casino Ownership.

I have listed a Nevada Motel Casino that the owner wants to sell.

No active casino property inside of the Nevada state lines will be a steal. 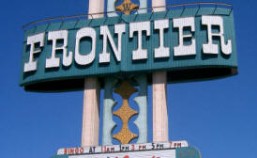 If it's an operational casino, it's going to cost to acquire.

Now, I've had a lot of foreign "investors" wanting the property details on this without disclosing their capability to buy.

The owner says no to those.

You must be willing to disclose your financial capacity prior to being issued property information.

It's the way the owner wants this handled.

His asset; his way.

So, if a $2 to $3 Million price tag is within your reach, email me your contact information, I will reply with the Confidentiality Agreement.  Sign and email that back to me and then we'll get started.

Recently, I realized that when it comes to real estate terminology, when someone like me comes along and I start to refer to Real Estate investing in terms such as: "Passive" or "NNN" or "Net Leased Property," the person I am speaking with usually will give me that "Look."

You know the one I'm talking about.  That, 'Ah-Huh!' "Look" that signals they are trying to convey to me they completely understand what I am saying! (They usually don't.)

No? Don't know what that means? 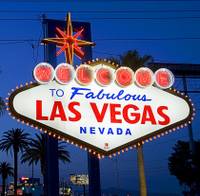 Well, just let me state that:

Even experienced real estate investors looking for a better than average Wall Street type of investment product, will acquire these types of properties simply because of their better than normal Return On Investment (ROI).  Unfortunately, most normal people do NOT understand this because these properties are the last thing you would think about when you think about real estate.

Well, let me explain -- No, why don't I summarize. (If you still have questions, you can contact me directly.)

Anyway, when you are an owner of a "Net Leased Property" that (usually) has a National Credit Tenant under a "Triple Net Lease," you simple collect rent.  Your monthly or quarterly responsibility is solely restricted to depositing the Tenant's rent check.   (Well, with direct deposit, it is checking to see if it the rent was deposited.)

Another advantage is that even without a mortgage loan secured by a Note and Trust Deed, you still gain the equity of the property for the time you own the property.  And, the Tenant in a "Net Leased" Property is (usually) responsible to pay ALL of the expenses associated with the property. That means, your property's Real Estate Taxes, Insurance and Common Area Maintenance (CAM) are paid by the Tenant.  AND, you will receive (in most NNN Leases) an annual increase in the Tenant's Monthly Rent.  So, as you can see, the longer the tenant stays either through their initial lease or through their options or extensions, their annual rent usually goes up and they will cover your property ownership cost as well.

I tell you what, if interested in learning this, give me a call.  We can discuss this further.

I know that once you have seen the benefit of a regular Triple Net Investment's monthly income, you will NOT want to go back to real estate business as usual.

To Contact David Howes try: david AT davidhowes DOT net OR; 7 0 2 5 01 9 3 8 8 AND Please #Follow David on Twitter: @DavidAHowes Have a nice day!
Posted by DavidHowesCREBroker at 11:31 AM No comments:

I heard it through the grapevine....

When it comes to real estate, it seems to be getting worse for us Commercial Real Estate Brokers.

Even Residential agents have to deal with buyer/seller clients who try to impress you with their vast knowledge of Real Estate.

The truth is, web sites are making the broker/agent's job that much harder.

When Realtor.com advertises on TV that if you searched for your house on their web site, you won't become a "Not Me!"  That sends an definite signal, that a broker/agent is no longer necessary or needed.

Now, I'm NOT a Realtor.  I choose NOT to be because of the monthly and yearly expense that I can't afford and/or don't need.  But, it doesn't mean I am NOT capable.

Being the upright agent she is, she called me to inform me about the inquiry right away!

Okay. Buyers will sometimes engage other agents to try to get the best deal. It happens.

Not wanting to be confrontational with the client, I had had just about enough of the client's I'm  smarter than you attitude.  You see, he wanted a property at a prime location that he could buy cheaply.  After dealing with this buyer for several months, I thought about my time he wasted with this effortless pursuit.
So, I thought he needed some pay back for running me ragged searching for land that he was never, ever going to buy.

Anyway, I suggested to this client another parcel (which was an airport owned parcel) and pretended I didn't know who/what had the land lease on the parcel.  (It's a local developer -- But, I didn't want to tell him that.)

Anyway, since he wanted to buy at a rock bottom-feeder price, I knew the airport was never going to sell this parcel. (The developer has a 99 year lease.)
But, I suggested it to him anyway.

(Side note to non-Las Vegas resident: In 1998, via an act of Congress, McCarran International Airport (Clark County owned) was able to acquire 5,500 acres of BLM land and have full control over the future development of said acres. Thus the creation of the Cooperative Management Agreement (CMA)).

Now, this CMA grants McCarran a deed restriction over certain parcels within a certain area.  If you are inside of this CMA Area, McCarran can say whether or not you can/can't develop certain properties, whether they own the land or not.)

Well, the client got mad when I (finally) admitted that the airport owned the parcel and we should find something else.

I understand his anger.  But, I had found him two perfectly good parcels outside the CMA that he rejected:
Parcel One was adjacent to a Wal-Mart.  He didn't want to be near any Wal-mart at all (I don't understand it either);
Parcel Two was the owner/agent's parcel who called me.  It had everything the client wanted/needed  but it also came with (former) NV Energy Power Poles that were no longer being used.
(NV Energy would take the poles down with a future development, but NV Energy wants the land owner to pay for the pole removal. (I know, Huh?!))

Now, I know it was mean of me to get the Client excited about a parcel he could never develop his concept on, but when I learned the Client was willing to go around me and directly to another agent/developer, I wanted to waste some of his time.

Besides, the Client wouldn't accept the truth no matter how it was presented.
He wanted what he wanted and any advice I gave him was countered by his ambition to screw a land owner over out of the equity in the property.

I came to the conclusion, right or wrong, that working with this Client was a waste of time.
It happens:

Now, I understand the logic behind clients doing this;  But, I don't understand the reason why.
If you are working with two brokers/agents at the same time, both are NOT going to purposely hide any available properties from you -- especially if the client qualifies to make a purchase.

And, since he was perusing the listing sites directly, this made my job extra hard.  He was making me jump through hoops that weren't necessary.

Who's to blame for this scenario?

First: I will blame the real estate web sites who make it easy for just anyone to search for properties without an agent.
Second: I will blame myself.  It is my fault the client is angry with me.
(It's never the clients fault even if they purposely waste your time.)

But, I have my sanity and I'm staying honest regardless of any dirty tricks Clients pull.

The moral of the story is: There is no reason to lie when it comes to real estate.  I truly don't understand why client/agents would.

Much appreciation to the loyal brokers/agents who Rat on lying, deceitful clients.

It's been more than 45 days since the multiple property owner emailed me to sell his residential income houses.

He at the time said he needed a quick sale.  Four offers later, he hadn't accepted any.

Then, he let slip he was refinancing them. Sigh!  What a waste of time.

Or, so I thought.

But it hasn't been time wasted.  That's because I do my best to make lemonade out of lemons.
I would add some sugar because lemonade can be acidic.

Since I have marketed these properties, I have come across several investors still searching Las Vegas for properties.

Even a Hollywood Comedy Club owner called me.  Okay, we'll see how that goes.

Anyway, the last investor looking questioned the higher than normal income for several of the properties.

He actually hit the situation on the head with: "Are these properties where the tenants are renting rooms?"

He said he's been down that path before and it usually doesn't end well.

You see, in Las Vegas, as is many other urban cities around the nation, Landlords of SFR's or small multiple unit buildings, find that they can rent out a bedroom with the hall bath and kitchen being a "common area" for more money by the bedroom.

My owner client went one better: He'd install a wall blocking off the living room and make that another bedroom.  More money!

Of course the bedroom with the attached bathroom paid the most monthly rent.

But, even in my middle class neighborhood, there are several houses that I know (no proof) are being leased out in this manner.

But, they do it anyway.

Well, I wouldn't rent there.  But, that's just me.

So, cash buyers!  Interested in earning +/-$170,000 per year owning a few multi-tenant properties?

Just remember: You will have to be a cash buyer for this.