As a Real Estate Broker, I do my best to be a professional.  There are times I know that my words and actions can be taken out of context.

Yet, I strive on toward helping those that want my help.

And, every now and then, I learn "things" that shake me to the core.  Just recently, I found out that a "new" client, who told me he had just drove by several properties in actuality did make contact with another broker about a building he has listed.

(If you don't understand why that is a bad thing, I will explain. If you are a buyer and you contact a listing broker about that property, if you bring me into the situation after making the contact, YOU, as the Buyer, are now responsible to compensate me. Since you directly contacted the Listing agent, you made them the procuring cause of a sale.  Thus, they do NOT have to split any commission with me.)

So, I know a lot of you novice real estate Buyers don't understand this concept. But, if you venture out into the real estate world, make contact with a listing real estate broker or agent about a property with their sign on it, bringing in an agent post that contact, you are responsible for compensating the agent.

You are going to have to forgive me!

He worked at a prominent real estate company; and, he was known for doing large real estate deals.

My apology is for what I am about to say because I was NOT a fan.

When it comes to real estate, you need to be courteous and thoughtful toward others.  When you are a bully and you think you are better than all the rest, to me, you are nothing more than a weak, weak person.

My first interaction with this bully was years ago.  Thankfully, in the 20 years since we first met, I did my best to stay away from him. Years ago he did his best to bully me.  I bullied him right back.

Sorry, when you attempt to invalidate me; I fight back.  I hate bullies.

Anyway, the last email he sent me, months ago, was another attempt at bullying.  Apparently, he never learned his lesson.

This time, I had heard through the grapevine that he was dying, so I ignored the email and went on with my business.

Anyway, I am so, so happy he thought going to the doctor was a waste of time.  I am so glad that he's no longer sucking up precious oxygen.  And, he was a year younger than me.

(PST! I go to the doctor twice a year whether I need to or not. So, I am still healthy & (hopefully) wise!  Only time will tell.)

Does that make me a bad person?

It's okay if you think I'm bad.  You are just going to have to forgive me, regardless.

Either way, I don't care if you think I'm bad or not.

My clients know I am good, thoughtful and courteous.

It doesn't matter which side you are on.  No matter where you go, just about everywhere -- especially in urban areas -- you will encounter SMOG!

So, in the US, Smog isn't considered a health hazard (Or, is it?)

Now, if you go to China, for example, their Smog is so bad, you don't truly want to go to China.

But, yesterday, my wife & daughter took a day trip from Las Vegas to Los Angeles to well, just do a day trip.

Now, they did drive using our daughter's Toyota Prius hybrid.

When they had returned late last night, my wife said, (paraphrasing) You could see how bad the Smog was as we drove down the hill (the section of I-15 through the Cajun Pass). 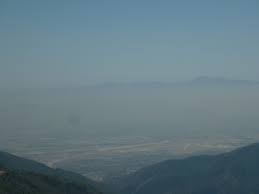 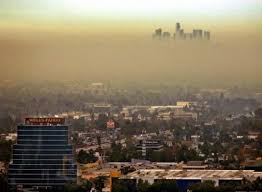 I think the problem with Smog comes from the density of Cars with Combustible Engines.  And, even Jay Leno, who is probably the most well known Auto enthusiast, admits that the electric car is the future. 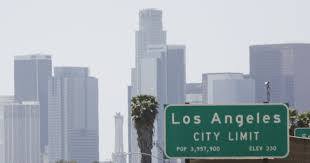 But, since our daughter had driven for a ride sharing company (and made very little money), she has taken saving gas money to heart.  (She also with her hybrid is doing more to save the planet than most of us (me included). 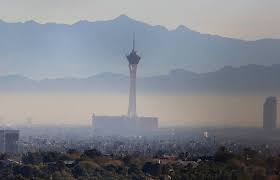 But, not to put the blame squarely on Los Angeles or Southern California, Las Vegas has a growing Smog problem, too.

Lately, I've been considering buying a hybrid, also.  Maybe even a Tesla.

My problem is the same as all baby boomers: we grew up with muscle cars and we think that's the standard of any automobile we drive -- regardless of it's combustible engine size.

Algebra! It's my curse!

The odd thing about this is, my Dad was an electrical engineer; thus, algebra was easy for him.
My wife, also, understands algebra.  She uses it everyday at her commercial interior design firm.

I even have an uncle who has a phd from HAAV-VAARD who I know and understands algebra, too!

But, most of you, are probably just like me.  Algebra is the foreign language -- much like currency exchange -- where you go: Huh?!.

I bring this up because, unlike (most of) you, I work in Commercial Real Estate (CRE).

I like to think, I am (supposedly) good at it.  My job requires me to dig up sellers and buyers; put them together through a real estate contract; and then hopefully, they exchange a property for a cash value!

What most people don't see -- nor will you understand -- is the amount of time spent just digging.

So, getting one or both sides of this equation to trust you requires me to do a lot of algebra!

One day, I will probably understand the how I was able to get to the there! The combining of the elements to complete a transaction.  But, for now, I am not going to just sit around waiting for a Buyer or Seller to just show up at my door.  It's because the answer to all CRE completed transactions is and always will be algebra to me!

Anyway, in my nearly 30 year career, if you are interested in pursuing a Navada CRE property. Whether it is a Las Vegas Resort Casino Hotel opportunity, or a simple everyday Income producing commercial property, all you need to do is realize there's one broker in Nevada who does have a reputation for being (too) honest with clients.