The Economy Motel in Downtown Las Vegas is SOLD!

It took a while.

It was grueling to the end!

But the Seller is happy to get almost what he wanted for this property.

It would have Sold sooner for a cheaper price if the Buyer hadn't been so stupid!

YES! The previous Buyer stupidly canceled escrow the day before closing because he feared the US Travel Ban and the COVID19 virus was going to have an adverse effect on his property ownership.

Neither was a reason to cancel.  Thus, his $250,000 Earnest Money Deposit (EMD) was going to be forfeited if he hadn't stepped back up and made another deal.

Because of his actions, he had to pay a penalty.  You do know that if you cancel escrow (default), your EMD becomes nonrefundable and is released to the seller, right?
Especially, if you are scheduled to fund and closed the next day.

Some Buyers are just too dumb to realize they are NOT that smart.

So, The Economy Motel is in a new owners control.  We'll see just what happens to it in the next year or so.

Fontainebleau (Drew) is in Default AGAIN!

I hope everyone, by now, knows that the section of the "STRIP!" where the Fontainebleau (Drew) is located, is NOT a choice area! 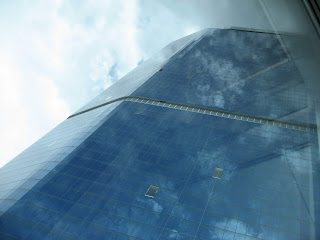 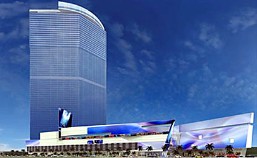 I wonder: Who is idiotic enough to acquire this tear down at full retail value?

Be Aware of Who is in your Audience!

Years ago, I learned, via a more experienced broker than I was at the time, ALL DEVELOPERS lie!

Now, a developer can come along and adamantly state: They never lie! Okay!  I believe they believe that's true.

But, in my 28.5 years of real estate experience, developers lie -- all the time.

Once, while at a event, a developer was giving his presentation on how to buy land to develop it.
Unfortunately, for him, he didn't realize several audience members were wealthy land owners.

I was sitting next to one and I did my best to keep my lips sealed and listen to the presenter's lies.  The land owner was doing likewise.

Anyway, this developer talked about how he's able to acquire land cheaply in order to have a greater profit post sale, development and leasing up of the development.

I had the feeling he thought all attendees there were want to be developers.  It never occurred to him that maybe a handful were actually Owners(?).

Anyway, after the developer's spiel was complete, and as we were exiting, the land owner I sat near, quietly said, "I would never, ever sell my land to that guy.  What a moron!  That guy doesn't realize that half the audience knows more than he does."

Now, the developer is/was a well known builder in the Las Vegas Valley at the time; the Land Owner still has more an 100 acres to his name.  And, Yes, he's developed much of his own property.  He buys, builds and leases out what he can get accomplished in the area where his land is located. Needless to say, he makes a great living.

Moral of the Story: Know your audience!

For Las Vegas Resort Hotel Casino For Sale Information, Please Fill Out This Form, Scan & Email Back To: david@davidhowes.net!