I never met Tony Hsieh, but I Sold him Downtown Las Vegas Properties

Back in 2012, when I had Ferguson's Motel Listed for sale, and having spent several months marketing, touring and writing low ball offers for the property, a guy, who worked for Tony, approached me about the Downtown Motel property.
The Owner being savvy about the marketing activities surrounding his Motel told me he would sell to Tony at $3.6 Million.
Now, I had just sold the Las Vegas Dragon Hotel to Tony for slightly more than listing price of $2.3 Million.  So, I was surprised when Tony's guy offered $2.7 Million for the Las Vegas Dragon Hotel.
Now, I did tell the Owner of Ferguson's this when I listed his motel for $2.8 Million.  But a few months later, I realized he was correct when he sold Ferguson's for Tony for $3.6 Million!
Now, Tony never actually personally inspected the hotel property, (he did send a contractor to do that though) nor did he even visit the Las Vegas Dragon Hotel personally before buying it for $2.7 Million. At that time, I thought Tony was being foolish to pay so much for property he didn't truly care about.
Anyway, all three properties I sold to Tony's Downtown Project, Sold.
And, in all that time, I never personally met Tony.
At that time, I was even critical of Tony for overpaying for property.  But, apparently, that didn't matter.  Tony had Sold Zappos to Amazon for a ton of money; and, he was going to buy property in the "East Fremont District' regardless.
Since then, in the eight years since closing the all cash deals, the values of Tony's purchases have increase far beyond his (at the time) higher than market acquisition price.
And, Tony had moved on to purchase other better known properties -- such as "The Atomic Café," & "The Bunkhouse" to add to his collect which included the Container Park and a lot others.
Nevada Rules & Regulations restrict the media from publishing the actual cause of death, so we will have to go with "injuries from a house fire."
RIP Tony.  You re-directed East Fremont in an upbeat progressive direction.
Thank You!
To Contact David Howes try: davidATdavidhowesDOTnet OR; 7 0 2 5 01 9 3 8 8 AND Please #Follow David on Twitter: @DavidAHowes Have a nice day!
Posted by DavidHowesCREBroker at 8:03 AM No comments:

To All:
I hope you have a peaceful & wonderful Thanksgiving! 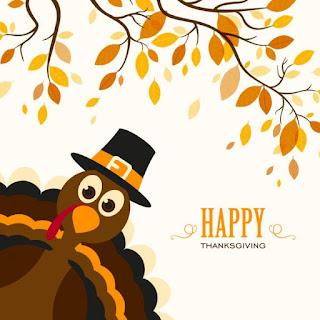 The Beginning Of The End

Doomsday!
It's a common theme in films. And, it is the theme in the latest installment of the Terminator series that I recently watched.
This film brought back Linda Hamilton & Arnold Schwarzenegger for their star appeal.
It was a really well done remake -- of the very first film released in 1984.
Okay, the twist was... No, if you haven't seen it, I won't spoil it for you.
But, with the end of 2020 rapidly approaching, I sure as hell want this year to end.
Sometimes I wonder: How do we get ourselves lock into such horrible trouble as we so often find ourselves?
Okay, the answer is actually really simple: We elect unqualified people to elected office!
Thus, we end up in dire straits. So, we have to live with the consequence of our collective decisions.
With the new year approaching, I am thinking that we are headed into a recession.  (You can NOT give a select few tax cuts & expect economic prosperity.  It never happens.
Remember Ronald Reagan's "Trickle Down?"
Nothing ever trickled down to me.  How about you?
The same is for the recent Trump Tax Cuts.  It's Trickle Down in disguise!
So, since I do NOT have a Crystal Ball, I will just say, my near 30 years in Real Estate gut is telling me we are on time for a Recession, more jobs losses, and deeper economic despair.
Okay, I am a Danny Downer.
But are you prepared for Doomsday!
To Contact David Howes try: davidATdavidhowesDOTnet OR; 7 0 2 5 01 9 3 8 8 AND Please #Follow David on Twitter: @DavidAHowes Have a nice day!
Posted by DavidHowesCREBroker at 6:16 AM No comments: